Jonathan Dickinson State Park at 11,500 acres is a real treasure with something for everyone - biking, paddling, hiking, camping, picnicking, wildlife viewing, horseback riding, and more. The park roads are bikeable, plus there are paved bicycle trails and scenic nature trails. (Detailed map and photos below.) 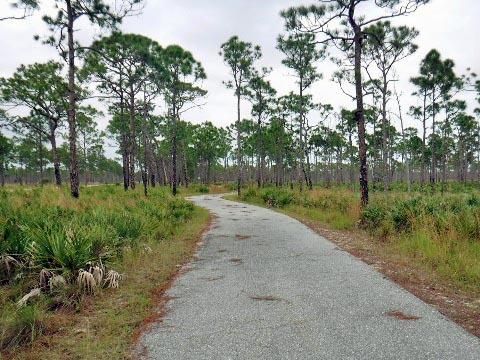 A paved one-mile multi-use trail parallels the main park road from the Visitor Center to the equestrian trailhead. 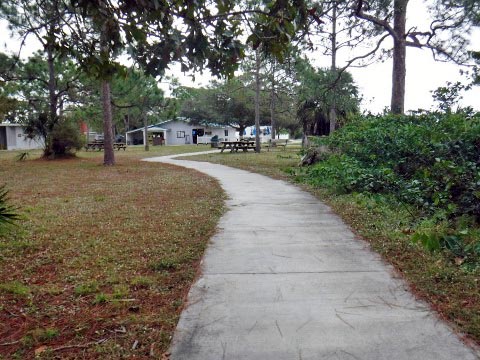 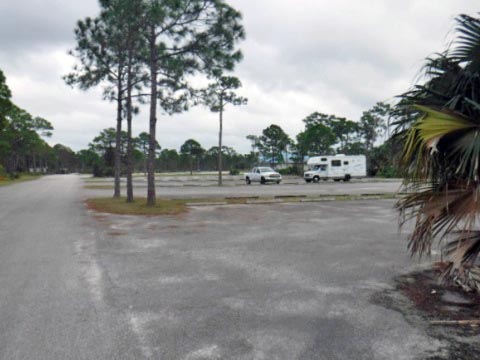 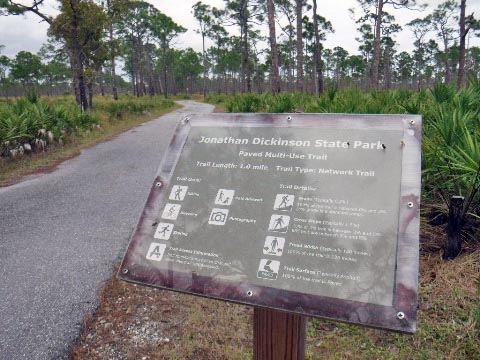 On the paved multi-use trail 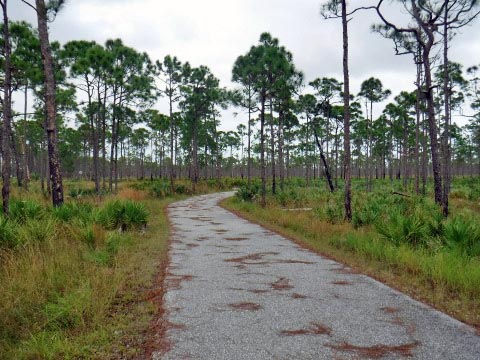 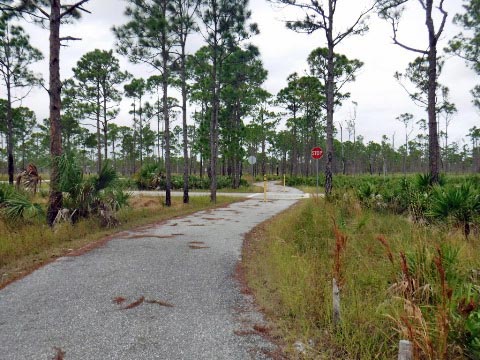 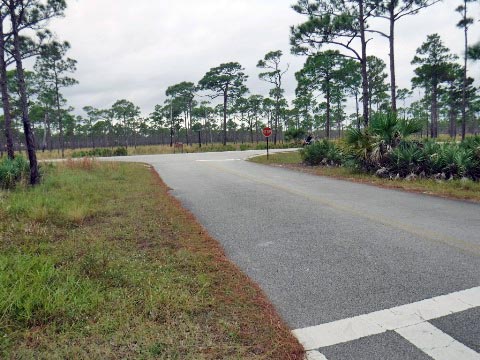 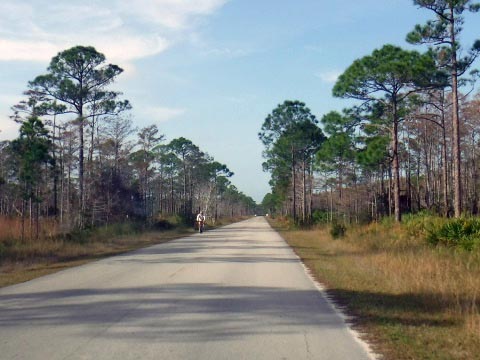 Club Scrub is a mountain biking club that maintains nine miles of mountain biking trails at the Camp Murphy trail system. Good for all skill levels from novice to expert, the site includes a pump track and children's trail. 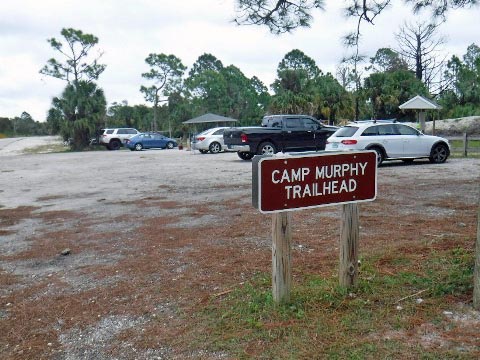 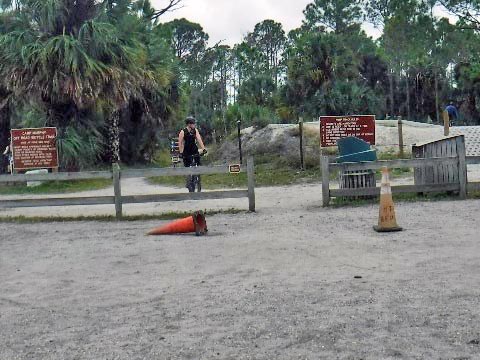 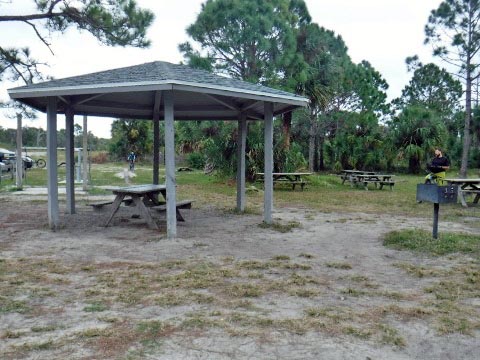 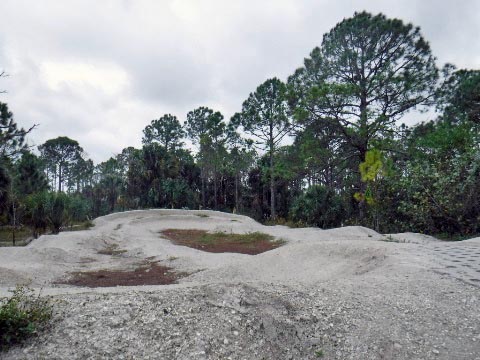 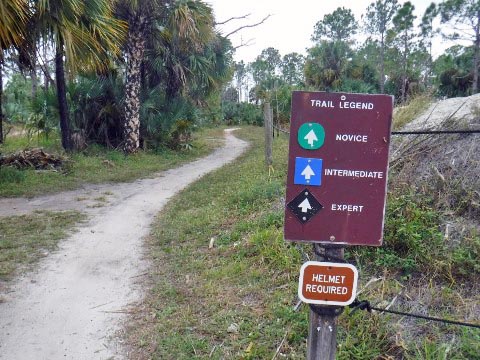 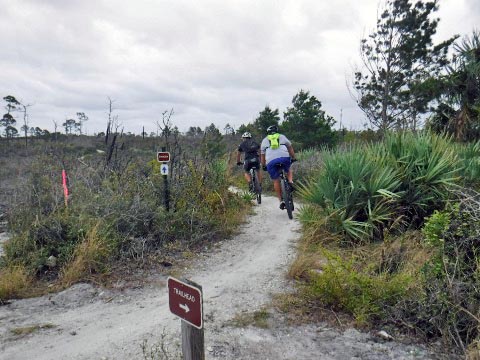 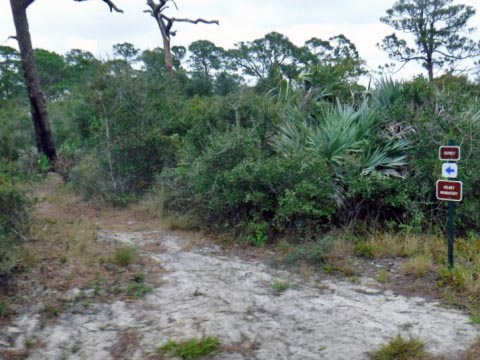 Old Dixie Highway (shut down through the park), though rough and rutted, is now a biking trail adjacent to the Camp Murphy mountain trails, about 1.5 mile. 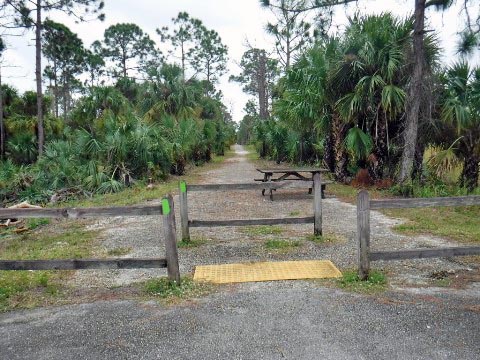 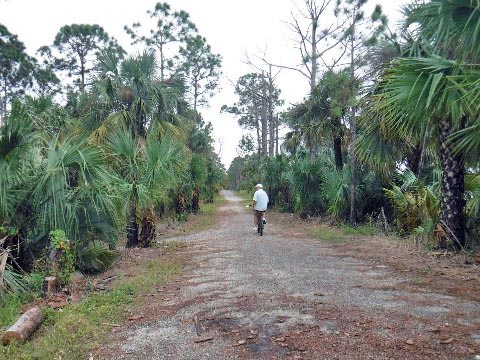 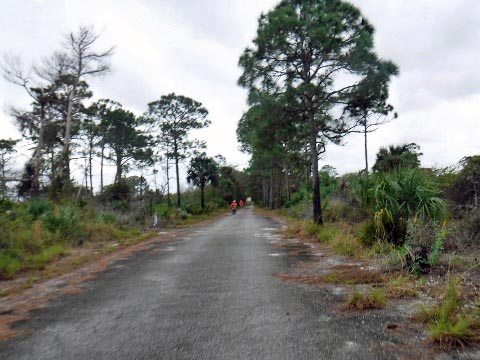 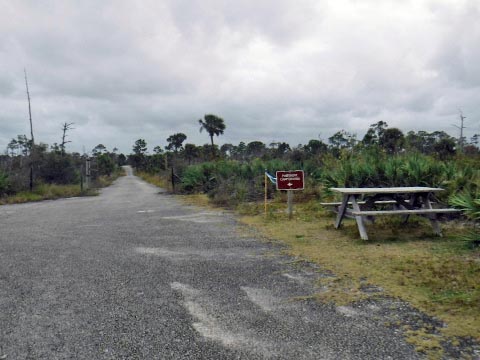 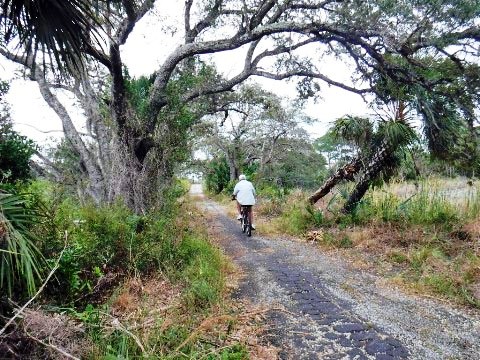 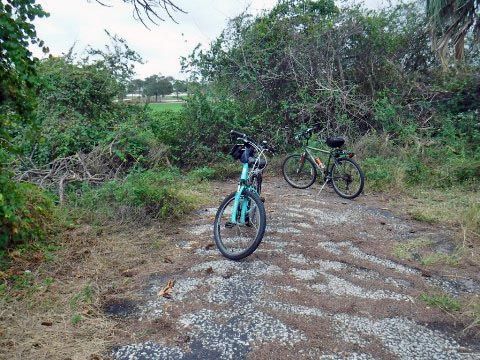 During World War II, Camp Murphy was a Signal Corps facility for top-secret trainng in a new (at the time) technology called "radar." The camp was dismantled and the land transferred to the State in 1947. The State Park, named after a 17th century Quaker merchant, opened in 1950.

The park has a Visitor Center, concession and restaurant, camping, hiking, biking and equestrian trails, picnicking, fishing, boating, kayaking and canoeing. Boat tours of the river, equestrian tours and a farm wagon ride are available. Admission fee, boat ramp fee are additional. The Hobe Mountain Tower provides an overview of the park and Atlantic Ocean at the eastern end off U.S. 1. 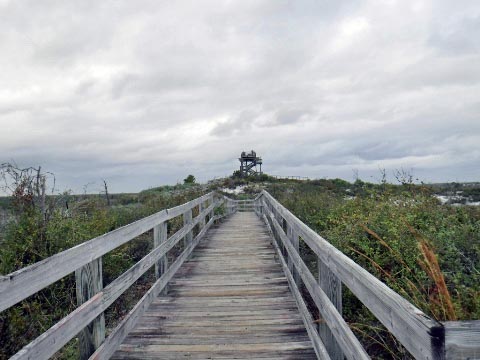 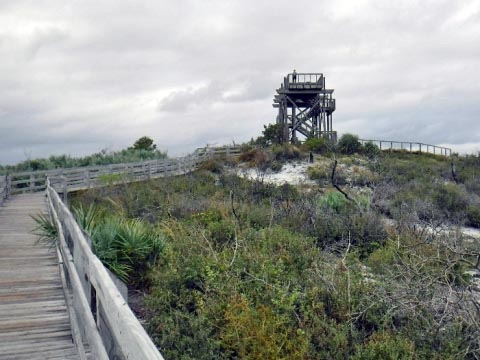 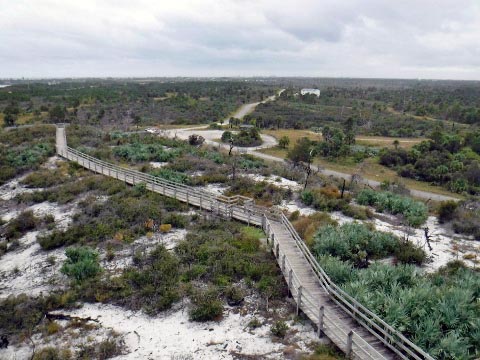 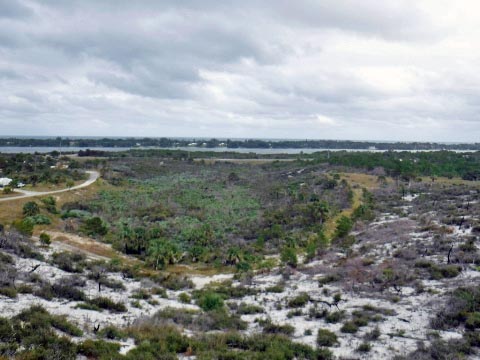